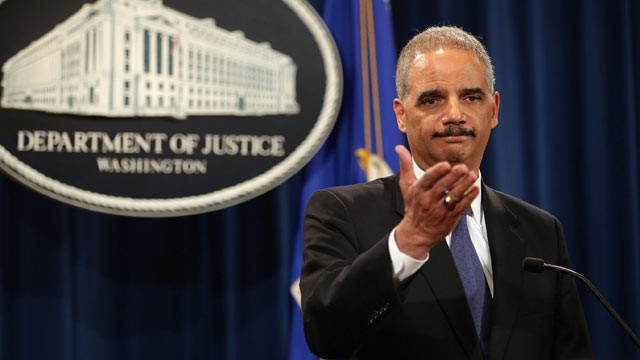 Today’s political roundup is all about the DOJ and recent announcements or ongoing prosecutions. Note: there will be no David Dorer Show tomorrow. I’m sorry, I am headed out of town to Nashville first thing in the morning.

Attorney General Eric Holder said that his office would be open to a plea deal with Edward Snowden. Tell us everything you know that we don’t know about the NSA, and we will cut you loose. Wait. Didn’t he already do that?

Charged with Federal crimes of accepting bribes, Former Virginia Governor Robert McDonnell (R), refused to accept a plea offer that would let his wife off the hook by entering a plea of guilty to a single felony fraud charge. Check out this 14-count indictment of Robert and Maureen McDonnell that alleges that they engaged in conspiracy and fraud, abusing his office by providing favors in exchange for more than $165,000 worth of luxury gifts and loans.