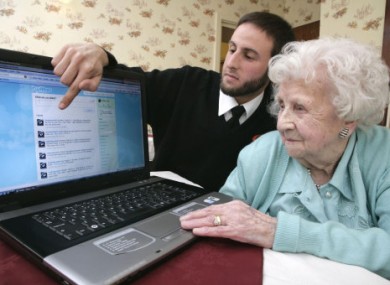 I refuse to pay Comcast $100/month so they can sell advertising. Which means I don’t have cable. But fear not, readers. I have the internet on (I just counted) no less than a dozen devices which will tell me that one starlet wore it worse than the other and another starlet is suing FOX News because they hurt her ability to sell her image and or likeness. Scintillating.

A few months ago, Scalia gave an interview in which he said he only read a few, select newspapers. The inability of perhaps the most intelligent Supreme Court Justice to embrace technology nothwithstanding, we have rarely been more informed about the world’s problems than we are now. I’m not so sure we’re reliably and consistently informed about important events and placing them in the proper context and providing reasonable scope for the context, and that Scalia doesn’t get all the news he needs from two decent newspapers, but it is increasingly hard to see thru the profiteering and catch the real news items – have you seen what Murdoch has done to the WSJ? It no longer a business paper, opting instead to be the print version of FOX.

When MH-17 fell out of the sky, the internet made a pretty quick guess about what happened – a surface-to-air missile had been used against a civilian airliner. Later on, it became reasonably clear that some rebels had gotten gifted some older Russian mobile antiaircraft batteries, and they’d acted stupidly. But Russia refused to claim any soldiers in Ukraine or anything of the sort. Currently, Merkel and Hollande are in Moscow, trying to return home and say that they have arranged for peace in their time.

This, more than anything else, seems to be why Mr Obama was gifted a Nobel prize – he is consistently abstaining from pushing America’s best interests in world affairs. Now, I agree that America has, in decades past, pushed America’s interests good, pushed it real good, in world affairs. Ask literally any college graduate for examples of how Congress & The Executive have screwed up foreign policy, and you can have a dozen examples. But note, ask them for an example of how Congress & The Executive have done a net good for foreign policy, and you’ll see an epically confused face. The Marshall Plan and The Bretton Woods Conference are my answer, but those are half a century past, but my point stands – America has been coasting since Eisenhower, and you can only coast downhill.

So we agree that America has, for some decades now, made sure that her interests were her primary concern. Selfishly, we enjoyed the fruits of conquering nearly half the globe between 1941 and 1945 by pressing our thumb on the balance of world affairs ever since. Which has inspired our current leader to determine that the best course of action is not disinterested neutrality and diplomacy, but uninterested isolation. Perhaps he’s right and letting the historical hotspots destroy themselves is the proper course of action. Would it have been politically, as in Hong Kong or Thailand or Occupy Wallstreet, this I encourage. It’s not political, it’s death. Death and oppression from Boko Haram, from ISIL, from the IDF, from the Muslim Brotherhood, from al-Qaeda Yemen, from pro-Russian Ukrainian rebels, from Hamas, and the financiers of it, Russia, Iran, Saudi, China, the United States.

I was raised Protestant. I’m not religious anymore, but, partially because of my Methodist and Episcopal upbringing and partially because of my military service, I resolutely believe that the nation best equipped for moderation duties ought to be the moderator, and all people ought to feel a sense of duty or shared humanity with the departed and the tortured to step in an make the world a less violent place. Disgust with past failures is not an excuse to stop trying. We can do better – it will be a better form of remedy than abandonment and indirect enabling.

Previous: David Dorer Show – The “My Kids, My Rules” Edition
Next: Walmart To Raise Its Minimum Wage To $10 An Hour