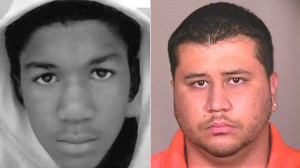 George Zimmerman, accused of murdering Trayvon Martin, was acquitted of all charges on Saturday, including manslaughter. Today, Attorney General Eric Holder stated that he will push a federal investigation in a “manner that is consistent with the facts and the law.” There has also been a call for a civil suit by the family. This article touches on all potential post-acquittal issues I can see for Mr. Zimmerman.

Federal hate crime charges could be brought by the Department of Justice under the Matthew Shepard and James Byrd. Jr. Hate Crimes Prevention Act of 2009. This Act expanded the Violent Crime Control and Law Enforcement Act of 1994 to prevent, on top of crimes motivated by race, gender, or national origin, to crimes motivated by sexual orientation, regardless of whether or not the victim was participating in a constitutionally protected activity (under the Civil Rights Act of 1968, these types of charges only applied in cases like voter intimidation or anti-desegregation efforts).

The key piece of evidence the DOJ would need to convict for such a charge would be evidence of a preexisting racial bias held by George Zimmerman. This hurdle may make this investigation fruitless in terms of charges because proving such a bias is difficult. The DOJ would have to prove, beyond a reasonable doubt, that Mr. Zimmerman’s conduct was motivated not by a sense of duty as the Neighborhood Watchman, but from a preexisting hateful predisposition.

The last time such charges were successfully sought following an acquittal on the state level was the Rodney King case. However, in that case the persons committing the atrocious acts of discrimination were law enforcement officers acting “under color of law.” Members of law enforcement are held to a different standard from the general public because of the Fourteenth Amendment. Usually, private racial discrimination can only be prosecuted if it relates to a federally protected issue (such as employment or voting), or if the conduct touches or concerns interstate commerce.

Civil Suit by the Family

A civil suit by the family of Trayvon Martin will likely be more successful than the efforts taken by the DOJ. Wrongful death is a cause of action created by statute in every state in the union. It varies from state to state, since it is a statutory cause of action, and usually requires proof only be by a “preponderance of the evidence,” or, in layman’s terms: more likely than not.

The family of Trayvon Martin would have to prove, under Florida Law, the Death of Mr. Martin was caused

“by the wrongful act, negligence, default, or breach of contract or warranty of any person, including those occurring on navigable waters, and the event would have entitled the person injured to maintain an action and recover damages if death had not ensued, the person or watercraft that would have been liable in damages if death had not ensued shall be liable for damages as specified in this act notwithstanding the death of the person injured, although death was caused under circumstances constituting a felony.” – Fl. St. 768.19

The standard for wrongful death is far more broad, and rightfully so. While a Florida jury has found that the prosecutor did not prove beyond a reasonable doubt that Mr. Zimmerman murdered Trayvon Martin, a determination still need be made about whether the force Mr. Zimmerman used on that day was enough to constitute a negligent act.

The statute of limitations for wrongful death in Florida is two years. This means a claim would have to be filed by February 26, 2014 by the personal representative of Mr. Martin. The damages that can be sought are the full measure of Mr. Martin’s life, including all lost wages, as well as a survival action for personal injuries, pain, and suffering.

I would anticipate a wrongful death suit to be filed on the eve of the statute of limitations. Wrongful death cases are difficult to prosecute, and evidence obtained from the DOJ investigation and from the already concluded state criminal action are all very helpful tools for families whom have lost a loved one.

Previous: The David Dorer Show, July 12th, 2013
Next: The DOJ Does More Than Pander to the Media