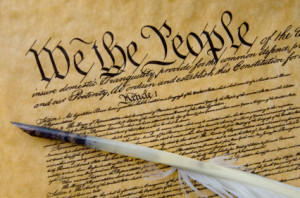 While there has been an outcry from conservatives about Attorney Eric Holder investigating possible hate crimes in the death of Trayvon Martin at the hands of George Zimmerman, and at his appearing at a NNACP convention, I was surprised at the lack of media coverage on everything else the Department of Justice is doing.

Just today, the Department of Justice indicted seven people from the Detroit area for mortgage fraud, indicted a pizza franchise owner for tax fraud, obtained a conviction and sentence in a Pennsylvania case of terrorism, indicted several people from the State of Ohio for labor trafficking, convicted four Georgians in connection with Gwinnett and Dekalb County murders, arrested a Florida healthcare director and some massage therapists for a $63 Million fraud, and secured a guilty plea in a price fixing case. Today. Eric Holder’s office accomplished all of those things, today.

While it is easy to get emotional and political about something like a highly publicized murder trial, it’s important to remember that unsubstantiated claims of willful ignorance to enforce the law or overreaching for political expediency are silly in the face of a serious dedication to enforcing all of the Federal Code.

There are many more things going on in our country that don’t deal with a fatal fight between two people in Sanford Florida: remember that when you make sweeping generalizations about the top Federal prosecutor in the country.

Previous: Looming Post-Acquittal Problems for Zimmerman – A Breakdown of Possibilities
Next: Talking Law — Delayed for #MPact Event in Macon, Georgia