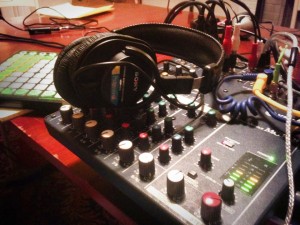 Listen Live at 6PM TODAY! CALL IN at 478-227-3879! Next week we return to regular blog posts and bring back Talking Law with David Dorer. But, tonight is the Best Band Name Ever Edition of the David Dorer Show.

T-Bone (@tboneafterdark), Mr. Bunker (@rsbunker), and Jimbo (@RaginKurhajian) will join me in reviewing the inspirations of the best band names I can come up with.

BridgeGhazi: is a  great name for a punk band. Anyways, this is the story about how Chris Christie staffers ordered a shutdown of lanes on the George Washington Bridge because the Mayor of Ft. Lee didn’t support Christie for Governor. Chris Christie took responsibility, some people were fired, Christie was encouraged not to come hang out in Fort Lee and try to make nice, then Mayor Mark Sokolich played nice and said “yeah dude, you can come hang out” . It was the most bro’y scandal in recent history.

So, were going  to compare it to that one scandal when President Obama’s aide said that Benghazi was about a YouTube video, conservatives said that wasn’t true, a bunch of investigations ensued, and then it turns out that the whole “YouTube Video” thing was true.

GatesGate: it’s kind of like duran duran, only worse. This is the issue where Robert Gates released a memoir this week that was incredibly critical of the Obama Administration, and exposed some confidential conversations with the President. Gates was the Secretary of Defense under both President George W. Bush and President Obama, was kept on by Obama as a sign of  bipartisanship in a war environment, and then showed that extending a hand across the isle may be a way to get slapped in the face.

A kid took drugs that made him stab his mom and cut off his own wiener. You can’t makes this stuff up. This and More! Tune In at 6PM! HERE: