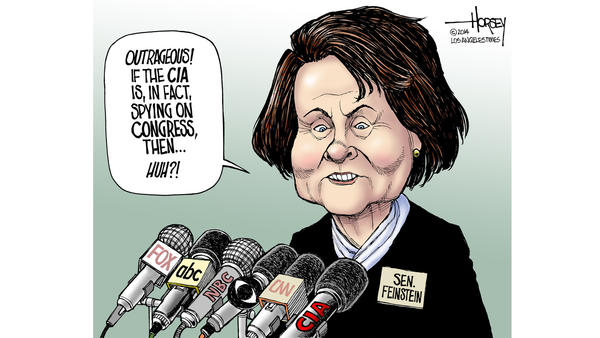 Welcome back to the David Dorer Show!This week is the “A Pen, a Phone, and an Investigative Agency” Edition where we will discuss President Obama’s rule change to overtime pay and the FLSA, the looming “success deadline” for the Affordable Care Act, and the CIA’s “spying” on the Senate. As always, there will be jokes, blogger fodder, and much more.

Here’s some additional reading to keep you informed.

Going into a tough 2014 midterm election, Democrats have focused their political strategy on income inequality, the middle class, and the feckless opposition to progress of Capitol Hill. This is because, generally speaking, the President’s polling numbers are down in part due to a perceived slow churn of the economy, concerns over the Affordable Care Act for many middle class Americans, and “scandals” of the administration.

President Obama, in what I perceive is a double-edged-slap-back to his critics, has taken very bold measures to alter tiny minutia of the Federal Regulations to accomplish the objectives he laid out in his State of the Union regarding the income inequality gap in the country, as a sign to Congress that if they are truly going to sit idly while the minimum wage continues to lag behind inflation, he will do everything within his congressional authority not to contribute to that slippage of income for America’s poorest.

A few criticisms, some well placed and some not, are of concern. First, the idea that “the President is ruling by fiat” by issuing executive orders with the force and effect of law is misplaced. When the President raised the minimum wage for future private government contract employees all he did was what is within the constitutional  Presidential authority delegated to by him to Congress: change the standard of implementation of laws moving forward. That is exactly what he is doing here; however, the concern is that the act of altering the rules for FLSA overtime pay has more serious impacts on the private sector than raising contractor minimum wages; and,  the private sector will view this as exceeding the authority of the President’s “pen and phone.”

Looming Deadline for Success of Obamacare:

Sebelious said in October of 2013 that the goal for a “successful rollout” of the Affordable Care Act would be 16.9% of the uninsured insured by the end of March. That has translated into a rally cry of the administration of 7 million enrollees by the end of this month. However, apparently numbers are mixed on the actual enrollees, and it looks like they may have fallen short of that objective. We will discuss the consequences of that.

CIA vs. The Senate: A Battle Over “Privacy” and “Spying”

Dianne Feinstein, head of the Senate Intelligence Committee, has accused the CIA of breaking into and spying  on the Senate’s computers. This following the creation of the committee’s 6,000 page report outlining the interrogation techniques of the CIA abroad. The CIA responded to the report in a 122 page response, both of which are classified, asking for official investigative information, knowledge of which could only have been obtained by tapping into the Senators’ computers, apparently.

Feinstein has accused the CIA of breaking the law of both Congressional Privilege and domestic surveillance, and the CIA has requested a DOJ investigation into the Committee’s actions.

Once again, the power of the Federal government to conduct surveillance has gone beyond the pale for reasonable citizens, and we will delve into it with some detail.