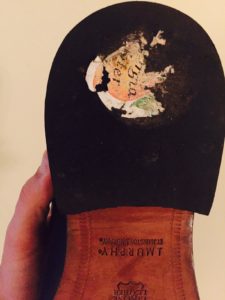 Welcome back to the David Dorer Show. You can listen to this show live at 6PM by using the spreaker player application below. Once the show starts, it will automatically update. It’s great to be back after about a month off! I am about a month and a half away from my wedding, so we’ve got some good shows lined up for the next few weeks.

Today’s episode is the Your Vote Doesn’t Count Edition.  My panelists and I will discuss the many different things we learned in the aftermath of the election of President-Elect Donald Trump this week, including but not limited to 1) Republicans can’t win a popular vote in a 21st Century Presidential Election,  2) that rural voters matter more than urban voters under the constitution, 3) that lobbyists are only bad when you’re running for president, 4) that the “no safe spaces” candidate and his supporters are actually really sensitive folks that need safe spaces, 5) that the Bernie Bros may be as unhinged as the world claims they are, and 6) pollsters are idiots.

This week’s panelists include T-Bone (@tboneafterdark) and Mr. Bunker (@RSBUNKER). We will have the news, Blogger Fodder, and more.