Welcome back to the David Dorer Show. You can listen to this show live at 6PM by using the spreaker player application below. Once the show starts, it will automatically update. Today’s episode is the President *Gulp* Trump Edition.

My panelists and I will discuss the breakneck speed with which the President, despite the testimony of his yet-to-be-confirmed cabinet before the Senate, has already taken steps to erase from public consideration LGBT rights, climate change, and civil rights, and replacing them with a fascist, centralized federal focus on the police force of this country, pro-government agenda. (some “conservative”).

We will discuss the nomination process, and whether serious concerns regarding conflicts of interest, a failure to prepare, or a total lack of knowledge on the issues surrounding the nomination hinder the “progress” of the 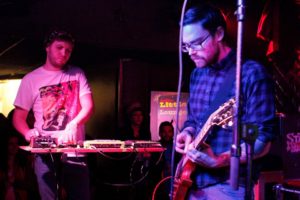 Lastly, we will discuss the controversial pardons by Former President Barack Obama.

This week’s panelists include E (@redECritique) and Mr. Bunker (@RSBUNKER). This week’s MagLaw Studios musical guest is Hello Cobra of Atlanta, Georgia. We will have the news, Blogger Fodder, and more.