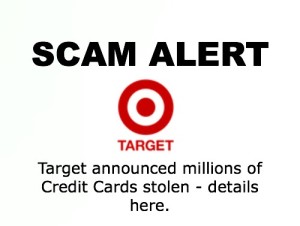 Earlier this week, news sources reported that Target’s credit card processing system was hacked, whereby millions of debt and credit card accounts were potentially compromised. Today, Target issued a statement that as many as 40 million customers’ pin numbers may have been disclosed as well.  This has sparked concern in many for sure. What happens if your account is compromised? How does this negatively impact your life, if your account was compromised? How much responsibility does Target need to take in keeping your information safe?

There is a budding legal theory that, 1)  since technology for credit cards is much more advanced in almost every other western country; 2) retail locations and banks have ultimate control over the security of the credit card transactions they make, not the consumer; and, 3) but for negligent security, these disclosures of private information and loss of money would not occur. That theory is called the negligent enablement of imposter fraud.

Georgia law does not codify liability for such a claim. Some States have seen it rise through their court systems as an interpretation of the common law of negligence. South Carolina declined to provide  relief to victims of identity theft. The State of Georgia’s Courts have not touched on the issue.

Georgia’s law does recognize the doctrine of res ipsa loquitur. This means that a company is deemed negligent, and thereby liable to a Plaintiff, if the Plaintiff shows that

1) he suffered an injury of a kind which ordinarily does not occur in absence of someone’s negligence; 2) that injury was caused by any agency or instrumentality within exclusive control of defendant; 3) that injury must not have been due to any voluntary action or contribution on part of plaintiff; and 4) there must be an absence of an intervening cause which could produce the alleged injury.

Some folks think “I’m fine, my bank/credit card company reimburses me if there are fraudulent charges.” That’s fair. No harm, no foul. I get your point.

However, under Georgia Law, even if you’ve been wholly compensated for your damages by somebody else, doesn’t mean that you don’t have a claim against a person who has done you wrong. Because “[t}he courts are concerned not only with compensation of the victim, but with admonition of the wrongdoer“. So, even if your bank has your back, that doesn’t mean that Target isn’t responsible for your damages.

I think there couldn’t be a clearer case against Target for failing to keep  credit and debit card information private when their failure results in a loss of money in your bank account. Hopefully Georgians whom have been injured by Target’s conduct will rise to the occasion and set the record straight: in the information age, a failure to use technology that protects our assets is an unacceptable practice.

This theory arises from principles that established our laws on product liability. I find the concurring opinion of Judge Roger Traynor in Escola vs. Coca-Cola (which is the measuring rod of modern product liability cases in almost every state now) should also be the standard of financial institutions and retail locations when they are the only ones capable of preventing the injuries they do to our wallets. In the words of Honorable Judge Traynor:

It is evident that the manufacturer can anticipate some hazards and guard against the recurrence of others, as the public cannot. Those who suffer injury from defective products are unprepared to meet its consequences. The cost of an injury and the loss of time or health may be an overwhelming misfortune to the person injured, and a needless one, for the risk of injury can be insured by the manufacturer and distributed among the public as a cost of doing business….Against such a risk there should be general and constant protection and the manufacturer is best situated to afford such protection.