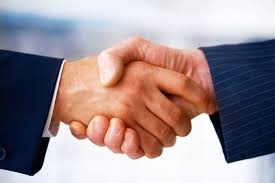 Listen Live at 6PM TODAY! CALL IN at 478-227-3879! This week is the “Handshake Heard Round the World” Edition. It’s all about compromises and civility. It should be a bloodbath!

My panel this week is T-Bone (@tboneafterdark), Mr. Bunker (@rsbunker), and Anderson Lipscomb (@ALipscomb25). Call in, tweet us your comments (#DavidDorerShow) or hit me up on Facebook. Whatever you choose. Get involved!

Our panel discussion will focus on the power of compromises.

Congress has struck a deal on the budget, one that even Senator Paul Ryan can agree with. It has rustled some criticism from Tea-Partiers, but ultimately it does forestall a government shutdown or another debt ceiling crisis.

The State Department has struck a deal with Iran on its nuclear program, and congressional hearings have been reviewing the deal. Secretary of State John Kerry has indicated that the plan is to “test and verify”, while some skeptics like Rep. Brad Sherman of California have called for more sanctions than the proposal intends to impose.

Finally we’ll touch on the “selfiie blown out of proportion” and “handshake of appeasement (to an antiquated adversary)” by President Obama that got a bad wrap from conservative pundits, especially considering the level of professionalism and bipartisanship the President’s trip to South Africa displayed.